The Fundamentals of the fund

Assets of the fund:-

Legal and General plc is the giant FTSE-100 Life Insurer and Investment Manager.

The yield is incredible.

The Reserve Bank of India published it latest annual report.

Interesting to see the statistics on Foreign Direct Investment in India.

The United Kingdom in the 6th Largest Investor in India with last year an investment of $1,301m into India.

What did that cost BP ?

The risks of weak financial regulation

The objective of Aberdeen New Dawn Investment Trust PLC is to provide shareholders
with a high level of capital growth through equity investment in the Asia Pacific
countries excluding Japan.

Its top ten holdings are:- 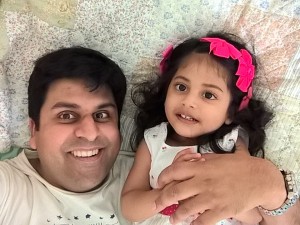 The Jupiter India Fund is a UK based Unit Trust investing in India and beyond. The Fund aims to achieve long-term capital growth. It will invest primarily in companies which operate or reside in India. It may also invest in companies based in
Pakistan, Sri Lanka and Bangladesh and in companies which derive a significant proportion of business from or within India.

It has a debt programme to help fund its operations

The outstanding debt that is issued in bonds by RSA Group is:-

This is made up of:-

One can see the debt holders (bond holders) are getting a massive interest rate (coupon) for holding RSA Debt.

The FTSE-All Share is a large Index that represents 639 Companies.

The 19 sector components that make up the index are:-

The Junior Oils Trust is a fund that invests in smaller oil companies.

It’s performance since inception has show huge growth and then slump. The investment objective of the Junior Oils Trust is to provide long-term capital growth from a global portfolio of small to medium capitalisation companies specialising in oil exploration and production

The FTSE-250 is the next biggest index on the London Stock Exchange after the FTSE-100. It represents the next 250 largest companies.

The Ticker Symbol is “MCX”

Look at the growth.

Another month, guess what, take a lucky guess, it is the same old story, HM Government, spends more money than it receives via taxes and duties. Another deficit month, thus to bridge the gap, needs to borrow on the bond market.

In August 2017, the HM Government had to borrow money to meet the difference between tax revenues and public sector expenditure. The term for this is The PSNCR: The Public Sector Net Cash Requirement.

There were “only” 3 auctions of Gilts (UK Government Bonds) by the UK Debt Management Office (http://www.dmo.gov.uk/) to raise cash for HM Treasury:-

When you add the cash raised:-

On another way of looking at it, is in the 31 days in June, HM Government borrowed:-

We are fortunate, while the global banking and financial markets still has the confidence in HM Government to buy the Gilts (Lend money to the UK), the budget deficit keeps rising. What is also alarming, is the dates these bond mature 2023, 2026 and 2027. All long term borrowings, we are mortgaging our futures, but at least “We Are In It Together….”