The largest economy in the world is the United States of America. It is also the most generous nation, whenever in the world their is a natural disaster, the USA are the first nation to send emergency aid.

What is happening now in the world, is the growth of the 1%.

The 1% population are now owning more and more assets that the rest of society. A trend that we are seeing all over the world. The concentration of money and assets in the hands of so few can not be a good trend.

The FTSE-All Share index is the broadest barometer index of the UK’s listed companies.

One can see the trend of year on year growth, the benefit of investing in a tracker.

President Obama has made a great investment quote:-

“Cutting the US Federal deficit by gutting our investments in innovation and education is like lightening an overloaded airplane by removing its engine. It may make you feel like you’re flying high at first, but it won’t take long before you feel the impact.”

On Thursday 22nd September, Legal and General PLC paid 4p to its shareholders

That is £238million paid to it’s shareholders.

On Monday 19th Sept 2016, Shell PLC paid out its quarterly dividend to its shareholders.

It has who classes of shares, Shell A and Shell B.

That is £2.846 Billion paid out to its shareholders in Shell A and Shell B

On Tue 13th Sept 2016, The Bank of England announced what Bonds it was willing to buy from the market as part of its Asset Purchase Facility.

The XLS with all the names of the debt instruments it is willing to buy is here:-

271 Bonds of a total debt outstanding worth £110,012 million is what makes up this list. It will be interesting to see which institutions who currently own these bonds are willing to sell them to The Bank of England.

They are all famous names what are clearly high quality debtors.

To name a selected few of bonds that The Bank of England is will to buy:-

So if The Bank of England buys any of these bonds, it then becomes a creditor to these institutions.

Astra Zeneca is the FTSE-100 Pharmaceuticals giant. Yesterday (Mon 12th Sept) it paid out its dividend to its shareholders.

The issued share capital of AstraZeneca PLC with voting rights is 1,264,983,797 ordinary shares.

Astra Zeneca paid out £869 million to its shareholders. 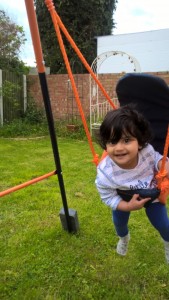 Cisco is the American technology giant whose electronics, (Routers and Switches) form the backbone to the internet and modern telecommunications

What is interesting is the financials of the company

The balance sheet financials are amazing:-

That is £950 million in cash that leaves the bank account of BT plc to its loyal shareholders.

Another month, guess what, take a lucky guess, it is the same old story, HM Government, spends more money than it receives via taxes and duties. Another deficit month, thus to bridge the gap, needs to borrow on the bond market.

In August 2016, the HM Government had to borrow money to meet the difference between tax revenues and public sector expenditure. The term for this is The PSNCR: The Public Sector Net Cash Requirement.

There were “only” 3 auctions of Gilts (UK Government Bonds) by the UK Debt Management Office (http://www.dmo.gov.uk/) to raise cash for HM Treasury:-

On another way of looking at it, is in the 31 days in August, HM Government borrowed:-

We are fortunate, while the global banking and financial markets still has the confidence in HM Government to buy the Gilts (Lend money to the UK), the budget deficit keeps rising. What is also alarming, is the dates these bond mature 2022, 2036 and 2055. All long term borrowings, we are mortgaging our futures, but at least “We are in it together…”

Index Tracker Funds are amazing. Access to the world’s investment market in a single investment instrument

Legal and General have some great funds